This is episode number 30 of „B(A)D NEWS – Angry voices from around the world“, a news program from the international network of anarchist and antiauthoritarian radios, consisting of short news segments from different parts of the world.

In this episode you will hear contributions from:
1) A-Radio Berlin: Meuterei goes in the air – a steampunk report
2) Frequenz A: A summary and a short interview about the case against the Park Bench 3 in Hamburg
3) 1431AM (Thessaloniki): Struggles in Petrou Ralli Immigrantion Office and Detention Center / 23day-strike in OTE (Organisaton of Telecommunications in Greece)
4) R.O.S.E. (Athens): Eviction of the Utopia squat / Process around the murder of P. Fyssas
5) Radio Fragmata: Updates on political prisoners and persecuted antifascists in Greece
6) Dissident Island (London): News of an oil rig occupation in Scotland, industrial action by precarious workers in London and reports from various hunt saboteur outings around the country
7) The Final Straw: conversation with a translator for the Anarchist Union of Afghanistan and Iran
8) The Final Straw: conversation with an anarchafeminist about the new, rightwing neoliberal regime of Nayib Bukele and the GANA party in El Salvador
9) A-Radio Berlin: Call for an International Week of Solidarity with the Political Prisoners of the revolt in Chile (13.-19.1.2020)

Greece: Statement of the Anarchist Political Organization against the repressive Campaign of the State 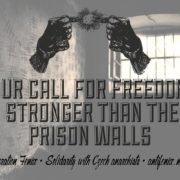 [A-Radio in English] Antifenix: Interview on the repression against anarchists in Czech 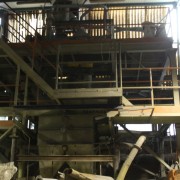 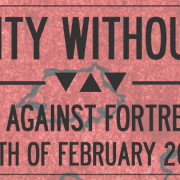