‚No Borders, Social Struggles across the world‘ (Sin Fronteras, La lucha social a través del mundo) is the name of a web series presenting experiences of social organizations and anti-capitalist resistance in different regions of the world. Its special focus lies on anti-authoritarian practices within social movements.

The first season of this web series was realized in cooperation with Anarchist Radio Berlin (member of the Federation of German-speaking Anarchists, FdA / International of Anarchist Federations, IFA), Black Rose Anarchist Federation Locals and Casa Volnitza (Anarchist Social Center in Santiago de Chile). Recorded in the year 2015 in 12 cities of the U.S. the web series is organized in 11 chapters. Each chapter of 30 minutes contains interviews with social and political organizations that explain their practices and therefore give detailed insights into the contexts of their social struggles in their city. In addition, each chapter has a music segment presenting musicians involved in their cities’ struggles.

This is the trailer for the web series:

The web series “Sin Fronters/No Borders” (SN/NB) as a project of the video collective Sur Negro Comunicaciones and is based on a wide network of people in different parts of this planet, collaborating with a wide range of technical knowledge and skills. The team of translation and interpretation is of vital importance for this project, helping to cross borders and to hopefully reach the whole world soon. New collaborators are therefore always welcome! For now, the episodes are available in English and Spanish. Subtitles are also available in these two languages.

All episodes of the first season can be found for free on the project’s website. Right now, the first episode on social struggles in New York is already online.

Much like any media and propaganda project, Sur Negro requires the economic resources in order to grow and consolidate its international platform. Thanks to the monetary support of comrades from affinity organizations and help from a large network of collaborators, it could realize the filming phase of the web series in the US.

But there are still cost that need to be covered. This includes debts accumulated and the ongoing costs of production, servers, and equipment. In addition, there is the cost of organizing the international propaganda. The total sum amounts to US$ 15,000. At this phase help is needed from all those who support the development and necessity of media projects that seek to strengthen our social struggles across the globe.

You can help with financing ‚No Borders‘. Your support will help finalize the first season of this series, as well as future seasons in other regions around the world.

If you are unable to collaborate economically, you can also help with other necessary skills. This is an open call for those who wish to contribute and help further develop the ‚No Borders‘ series in the following areas:

* Translators (Spanish and English)
* Illustrators, designers, musicians, journalists, or any other media-related skills
* Help with the spread of the project in a specific region
* Feedback on the project directly at: contact/at/surnegro.tv

More information also on the facebook page of the project. 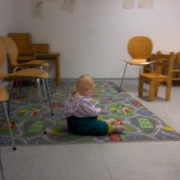