On a windy night, we dropped a banner in solidarity with the struggles in Iran from a bridge over a busy street in the Nordstadt,a quarter of Dortmund.

At the moment, Iran is being shaken by the most intense turmoil since the „Green Movement“ of 2009. The current demonstrations have not yet reached the numeric dimensions of the movement of 2009, but they seem to go beyond it in terms of radicality. Protests against price rises turned quickly into a general challenge to the regime under slogans like „Death to the Islamic Republic“ and „Death to the dictator“ (Ayatollah Khamenei).


The Iranian authorities hastened to describe the movement as a provocation puppeteered from abroad and numerous internet trolls around the world had nothing better to do than to parrot this interpretation of the events. It is clear that conflicts in Iran are carefully observed by other reactionary forces and it is indeed possible that Saudi-Arabia or the USA are intervening secretly to destabilise one of their geopolitical rivals. But the people of Iran have enough reasons of their own to take to the streets and they have shown their longing for freedom more than once in the past. Those who perceive the protests only as a conspiracy of external forces, reveal their own authoritarian world view, in which it is impossible for people to empower themselves to act independently, without someone pulling the strings in the background.

The poisoned praise that Trump and Netanyahu show to the insurgents shouldn’t confuse us, either. Of course, it suits the plans of these gentlemen, when the regime of an enemy state gets into trouble. But we can be sure that the rulers of all countries will quickly reunite in the struggle against the rebels, once they begin to openly question domination as such.

Alas, given the experiences of the Arab rebellions and the weakness of the revolutionary movement worldwide, it is likely that the present upsurge in Iran will end in another defeat.

It seems all the more urgent to work hard to develop revolutionary projects ourselves and to confront Islamic fundamentalism here, too – a task which radical leftists and anarchists including ourselves have miserably failed to perform so far.

Our best wishes to all those who are facing repression by the Iranian state at the moment.

Death to the Islamic Republic!

Death to all religions and states! 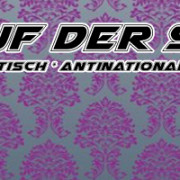