In Aserbaidschan a comrade of us, the Anarchist Giyahis Ibrahim, was imprisoned for a drug related crime he did not commit. It is a usual means for secret services to fight enemies of the state in Aserbaidschan.

Here you can read his final speech before the court.

I prepared a speech, but my written documents were confiscated.

I am not going to defend myself with regard to the charges brought against me. The crime I committed is as white as the graffiti spray I used. The real reason why I am here is that I as a young student dared to protest against lies of political system and nihilist mind existing in this state, the country that I belong to.

I didn’t break any written law. In written laws, my deeds are not described as  a crime. What I broke is the non-written rules of the system. The system uses these non-written rules to stay alive, to present injustice as justice, a slavery as freedom. If you break the laws, that are written, the laws of the state, you may enjoy impunity if you play the role in the existence of this system. Or if you are able to buy out, bribe those who play that role. In this case you can enjoy impunity for breaking laws, but no way you’d get away if you break non-written rules.

What is it? Breaking the non-written rules? As everyone knows, it applies to journalists who expose the truth, or to politicians in opposition, a blogger, who rights his thoughts in internet, peaceful protest of an activist, a citizen, who demands his rights. In shorts words, you break the non-written rules, when you have a tongue, that listens to your conscience.

If you have conscience you by default are the violator of the rule and you cannot get away without punishment. I broke the same rule and joined the list of people who did the same. But the irony is that you broke the non-written rule, but system accuses you of breaking the written laws, brings up false charges and punishes you referring to the actual laws of the state. Everyone knows it. By doing this they apparently show that they are ashamed to refer to their non-written rules. However, every year they become even more blunt. Probably, in the next stage, they will lose this shyness and will officially charge and punish people for refusing to become slaves.

In fact, that would be better. Better for the prisoners of conscience, those who are seeking truth. Because, in that case, we wouldn’t bother refusing, proving that the drugs, molotov cocktails and arms planted to our pockets and houses don’t belong to us. We wouldn’t make additional effort to prove that our aim was not an unrest, but to speak out. We wouldn’t bother to say that our goal is not to topple someone who is stroke roots into his seat, but to explain that those who are in official position have to go, when their time has ran out. We would be charged with what we have actually done. Then we would officially be citizens of totalitarian system. I don’t know if this will happen or not, in any case, I am the one who believes that I shouldn’t be here. And I am here in so-called justice court today only to hear your judgement as a prisoner of conscience.

Me, violating rules of system by protesting in some form as a man of conscience, expressing this protest by writing a slogan on the monument, thus protesting the cult of personality that system is using to sell it’s lies as truth is presented by some people as insult to the memory of someone who has died. In fact, no matter if this perception is true or false, even if we wouldn’t write on the monument, even if we would protest in some other way, we would be here today, as people before us. What I am saying is, that your fuss about someone’s insulted memory, and us deserving even bigger punishment for doing this doesn’t mean anything to me. This are the words of those who carry cotton instead of brains. Because when we protested by writing on that monument, we saw it not as a monument to a particular person, but as a symbol of a personality cult, presented by the regime as a demonstration of love to big brother. This is why we wrote a slogan on that monument. And I want to repeat –  it is ridiculous to say that we shouldnt have written on that monument, or when people say go write on your own grandfather’s grave. As I said, only those who have something else instead of brains can react in such way. One of such people was the chief of the pre-trial detention facility Azer Seyidov. He told me people would lynch us for doing this. Does he really believe in what he says? Or does he mean the bunch of cut-throats in the police station, when he said “people”. But if people would really lynch us for doing it, then by his logic we should be grateful to him and police. We should thank them for arresting us and saving from being lynched.

This attitude reminds me the cliches of nowadays: We are lucky that it is you who is  beating us, thank you for stealing less than you could, or others would come and beat us more, or steal more. Things that the detention facility chief says comes from the same logic.

As I said, I am not going to defend myself against the drug charges.

We feel humiliation when we see how Mirgafars (Mirgafar Seyidov – chief of the Baku Police Department) and other people with sick mentality of “I am the king, I am the law”, in fact the slaves of the system, the cut-throats  beat protesting mothers of soldiers in the street by the order of those, who stand higher in the hierarchy. They beat people who try to get their voice heard. This is what humiliates us. We feel degraded when the paid bandits acting on the order of this mentality…

Judge: – Go back to the charges.

Judge: Sing if you can

As I said, we feel degraded, when we see that slaves of this system, acting on the order of those, higher in hierarchy of sick mind, invade Nardaran, the village that is  the symbol of poverty, the village that resembles rejection of the system’s propaganda about development. Invade and kill,  beat, torture ruthlessly people, who dare to tell the truth, to speak out, to protest, and those who are not killed are put in jails of the system with similarly trumped up charges like in our case.

Judge:  Nardaran is not your business

Giyas: No, everything in this country is my business. That is why I am here

Judge: Speak about the charges against you by law.

Giyas: If there would be a rule of law in this country I wouldn’t be here.

Judge: And where would you be?

Giyas: The history will judge about it.

When the bandits in government’s payroll invaded Nardaran, there were  innocent, puny, child-face  youth against huge bodies of these savage thugs. And these cut-throats had all the right to torture their own people to death. This is what humiliates us.

Judge: Get back to essence of your case

Giyas: This is the essence of my arrest

Judge: So what is your request to the jury?

Giyas: I want to finish my final speech with your permission

Bayram Mammadov and me and those who were arrested after us –  when we understood that the system is trying to turn us to their slaves, and when we realized what is the real reason of our humiliation, we decided that it is important to be with people who are not afraid to tell the truth, not afraid of arrests, we understood importance of being like them. And because we understand this importance, we do not regret that we tried to be one of them. Young people like us – and women and elderly, have done it before – they dared to tell the truth, protest as they entitled to do, and they were arrested with trumped up charges just like me and Bayram on May 10 2016.

The system aimed at showing that it can destroy those who are for truth, it can get away with it’s lies, however, as you see, the lesson, the regime was trying to teach, was in vain. It didn’t scare everyone. It didn’t scare me and Bayram. This is why I am here today. Our arrest will not horrify people. As long as there are people with conscience, this kind of punishment cannot scare anyone.

I was threatened in the pre-trial detention facility. They said I put myself in this deep well. Yes. We – me and Bayram Mammadov, those, before us – we did put ourselves into the deep well. We did it in purpose. We did it in order to find a water in this well. The water that will clean all the filth from our society. May be we’ll be drawn in this well, no problem, as long as we believe that this is needed to clean out the filth. This is why we are here and we are not begging for acquittal. We are not asking one, as we know that it is impossible.  Those, who were arrested before me with trumped up charges, those who are still under arrest and those who already freed –  prisoners of conscience, they left their hope outside, when they entered this building.

The essence of the situation is very clear to them, and me, and just like them, I left my hope outside, before entering this building. Just like in the “Divine Comedy” of Dante, as requested from those, entering the Hell. However, neither this court, nor the prison is a hell for us. No it is not. The prison is like the uncomfortable place for rest for me, or for others, who dared to tell the truth.

We will cope with these difficulties, and we are not afraid of this burden, no matter how heavy is the conviction on paper. I would say we are happy to go to the places where these good people, people of truth  are kept for telling the truth.

Our hope is a belief to the truth, is a trust to what is right, is  a wish of the freedom. And we believe that the water, we’ll find with this belief,  will clean this filth and wash it away to the dump of the history. My mother said here in the court that she cries for help for her son. Off course she is a mother and she, like other mothers of the prisoners of conscience may say that. But I want to say, that  those who know that their children are on the truth’s side shouldn’t cry. They shouldn’t ask justice from  injustice system. They have to be cheerful and comfortable.

When you will issue a sentence for me, you will consider my final speech as well, I know it. And this is why I am saying this. Mr Judge, when you make a decision on my case, please go ahead and add your own initiative, your own effort. Mr Prosecutor probably regrets  that he requested only nine years for me. He could ask for twelve – the maximum punishment for the charge. Honestly, his regret entertains me. In other words, Mr Judge, don’t hesitate when you decide about my case.

We believe in truth, so the prisons, tortures, insults and other things are not enough to turn us to slaves. Thank you! 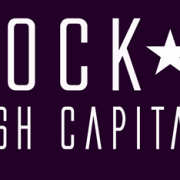