In May 2017 we had the opportunity to have a talk with Daniel, an activist living in the Brazilian territory of the Amazon. The conversation touches on the general situation in Brazil and focusses on the recent history of indeginous struggles in the Amazon against capitalist expansion and exploitation, especially the ongoing resistance of the Munduruku communities and their use of direct action to demarcate and defend their territories. A culmination of anti-colonial, social and ecological fights on the frontier of the enclosure and integration of capitalism of our planet.

This is the first part of a series of audios on Brazil.

[A-Radio auf Englisch]: Interview with Social Waste on HipHop and politics in Greece

[A-Radio in English] Eastern Europe 1: Struggles in Poland and the Rozbrat squat in Poznan 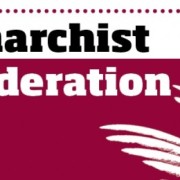 [A-Radio in English] Feminism and conflict resolution: the Anarchist Federation Britain and its Safer Spaces policy

[A-Radio in English] Interview with Anarchist Black Cross Belarus on the repression, Ukraine and the refugees